John Constable: Cenotaph to the Memory of Sir Joshua Reynolds 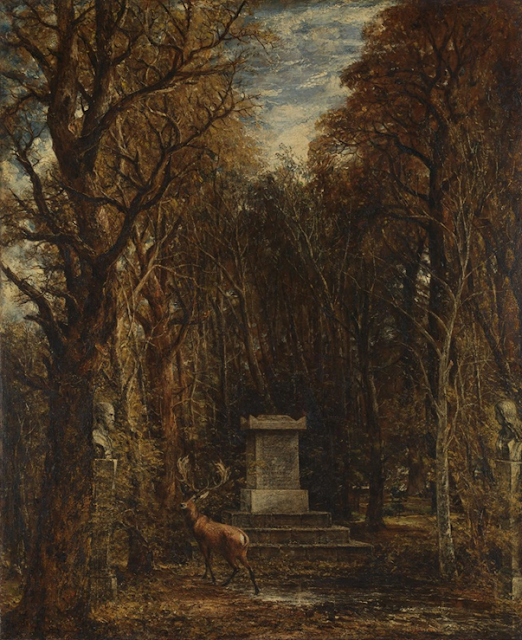 John Constable:  Cenotaph to the Memory of Sir Joshua Reynolds, erected in the grounds of Coleorton Hall, Leicestershire, by the late Sir George Beaumont , 1833-6, National Gallery, London   Sir George Beaumont (1753-1827) was a well-known art collector and amateur painter. He had been a friend of Sir Joshua Reynolds (1723-92), who had died twenty years earlier, and Beaumont now honoured this friendship by erecting a stone cenotaph to Reynolds’ memory in the grounds of his estate, in the year 1812. The memorial was inscribed with verses dedicated to Reynolds, by William Wordsworth, and placed at the end of an avenue of lime trees. On either side of this avenue were placed busts of Michelangelo and Raphael, two of Reynolds’ artistic heroes. John Constable (1776-1837) the landscape painter was another of Beaumont’s friends and sometimes came to stay with him. In 1823 Constable made a pencil sketch of the memorial to Reynolds. Beaumont  died in 1827, and in 1833 Constable began an oil pai
Post a Comment
Read more

Nicolas Lancret: A Lady in a Garden having Coffee with Children 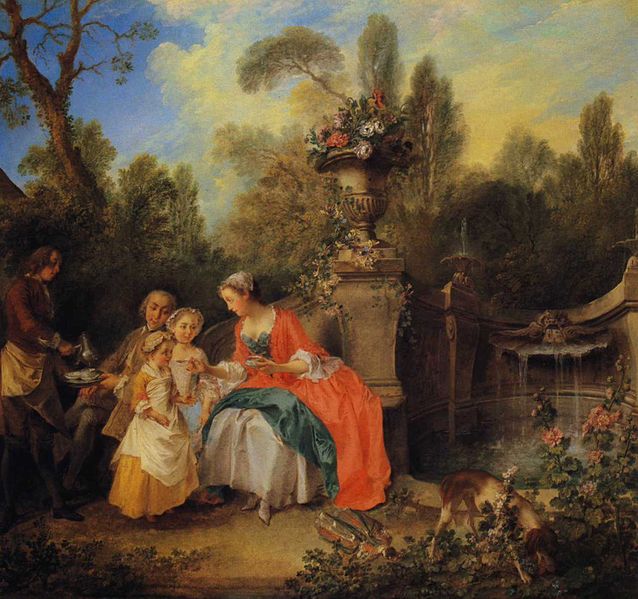 Nicolas Lancret, A Lady in a Garden having Coffee with Children , c.1742, National Gallery, London. One of the treasures of the National Gallery in London is  A Lady in a Garden having Coffee with Children  by the French artist Nicolas Lancret (1690-1743) The lady in Lancret’s painting appears to be giving her little girl a canard , a lump of sugar soaked in coffee – which some French mothers like to do even today. Canard is the French word for a duck, and the sugar lump dipped in coffee must be an allusion to a duck diving under the water. Lancret’s picture is a charming family scene, with a touch of humour, painted in the delicate colours of the Rococo style. The lady’s dress acts as the focus of the picture, and its colours of reddish orange and greenish blue are distributed in small touches throughout the painting: red flowers, blue sky, blue water. The composition is carefully constructed, with the family group forming a broad pyramid, balanced on the other side by a circular p
Post a Comment
Read more 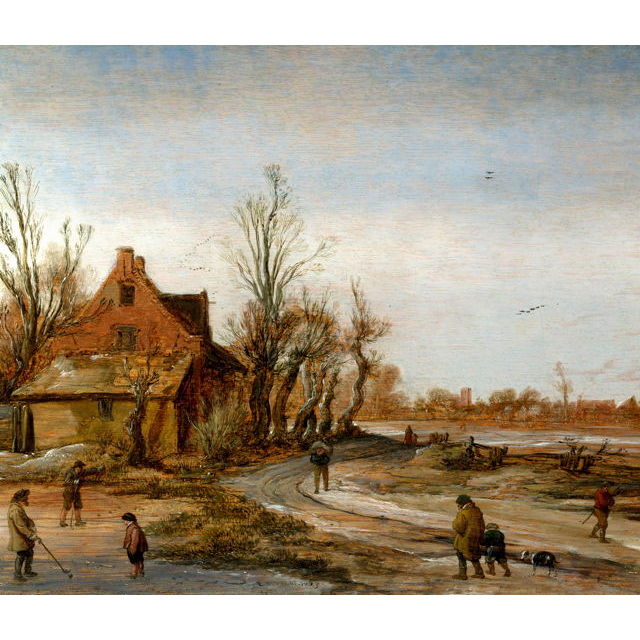 Esaias van de Velde, Winter Landscape 1623, National Gallery, London.  Esaias van de Velde (1587-1630) is surely one of the most significant figures in the whole of Western art, since it was he, more than any other, who pioneered a new realism in landscape painting. Esaias was born in Amsterdam in 1587, the son of Hans van de Velde, a painter who had immigrated to Holland from Flanders. Upon the death of Hans in 1610, Esaias and his mother moved to Haarlem, where Esaias joined the artists’ guild in 1612. In 1618 Esaias moved to The Hague, seat of the Stadtholder (the head of the Dutch Republic), presumably to increase his earnings potential, and died at The Hague from unknown causes in 1630, at the age of only 43 (Keyes, Esaias van de Velde 11-13). So little is known of his life, but he lives through his paintings. His art depicts a variety of subjects – landscapes, “merry company” scenes, cavalry skirmishes, travellers attacked by bandits – but all show figures in a landscape.
1 comment
Read more 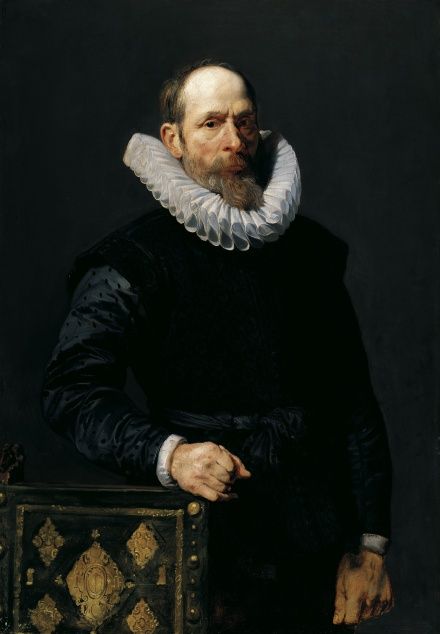 Anthony Van Dyck (1599-1641) and Frans Hals (1582/3-1666) were both born in Antwerp, in Flanders. Both their fathers worked in the clothing industry, Van Dyck’s father as a rich silk merchant and Hals’s father as a humble cloth weaver. But Van Dyck and his parents remained in Antwerp, while Hals and his parents emigrated to Haarlem, in Holland, either to improve their economic prospects or as religious refugees. To compare the paintings of Van Dyck and Hals is also to illustrate the split between Flanders, where most patrons were aristocratic and Catholic, and Holland, where most patrons were middle-class and Protestant. Van Dyck in Flanders painted some religious and mythological pictures; but there was less demand for that kind of art in a Protestant country like Holland, where Hals worked as a specialist portrait painter. Van Dyck painted full-length portraits of his aristocratic clients, but Hals’s patrons were mostly middle-class people – brewers, cloth merchants, and professional
Post a Comment
Read more
More posts

Andrew Bailey
These articles are based on my essays as an art history student at Birkbeck College. I use a simplified referencing system. For example, (Thompson 74) would refer to page 74 of the book by Thompson listed under Works Cited. The illustrations are deliberately poor in quality and small in size to avoid infringing possible copyright restrictions. My blog is non-commercial and for educational purposes only.